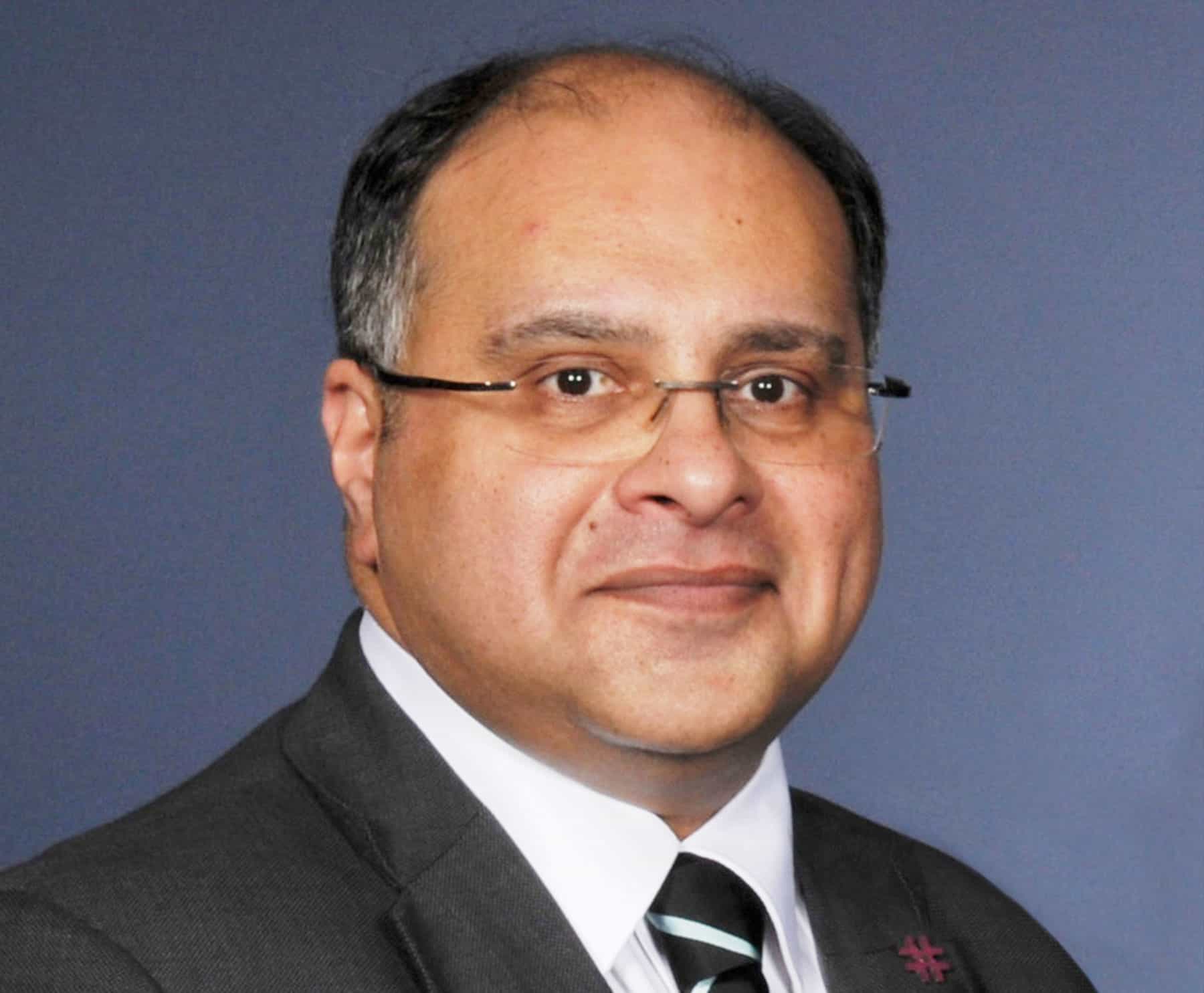 Amir has worked in Private Practice for 21 years for a few leading firms of Solicitors who specialised in Dispute Resolution, Insolvency together with Company & Commercial work at senior management level. He was also Head of Litigation for a Midlands based National Leasing Plc.

Amir is a Fellow of the Chartered Institute of Credit Managers (FCICM) and is a member of CICM’s Think Tank & Technical Committee. CICM overseas & is responsible for £4 Trillion of Trade Debt in the UK and abroad.

Additionally, Amir was elected to the post of Vice Chairman of the CCUA (Civil Court Users Association) in September 2009, (Acting Chairman from February 2015 to October 2015) and served as Chairman of both their National Council & Events Steering Committees until September 2020. The Association is charged with airing and addressing the concerns of all Civil Court Users in England and Wales at the very highest levels of Government, Ministry of Justice (MOJ), and Her Majesty’s Courts & Tribunal Service (HMCTS) to include all other Stakeholders concerned with Policy Change in the Civil Realm.

The CCUA is the Lead Partner HMCTS has on their £1.2 Billion Court Reform Programme (also known as the Briggs’ Reforms, named after Lord Briggs’ Review of the Civil Court Structure in England & Wales back in 2015 and before being elevated to The Supreme Court).

Amir sits on the Law Advisory Boards of several University’s in the UK.

Amir recently took up the role as Vice President of Resolve Disputes Online. RDO provide Online Dispute Resolution (ODR) Platforms to Ministry’s of Justice (MOJ) Globally. Closer to home, RDO are also leading the charge for the UK Government backed initiative powered by Tech Nation / Law Tech UK, to help transform the UK legal sector through technology. The ambition is to create an online dispute resolution platform for UK PLC and the SME business community here in the UK. 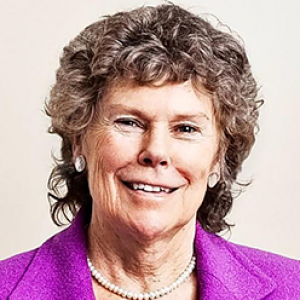 Kate Hoey MP was the Labour Party MP for the constituency of Vauxhall and held the seat between 1989 and 2019.

Hoey was Parliamentary Under-Secretary of State at the Home Office from 1998 to 1999, and Minister for Sport under the Tony Blair Government in the Department of Culture, Media and Sport from 1999 to 2001.

As the chairman of the all-party parliamentary group on Zimbabwe, Hoey was a vocal critic of the government of Robert Mugabe and was praised by the Foreign Secretary following the downfall of Robert Mugabe.

She currently sits on the Northern Ireland Affairs Select Committee and is instrumental on the inquiry into victims of IRA terrorism during the Troubles.

She is a Eurosceptic and libertarian politician and is one of the leading Labour Party politicians in support of Brexit in the 2016 EU Referendum and was originally part of the Labour Leave team and Grassroots Out both groups formed politician of all political parties who shared a belief in supporting the position of being in favour of leaving the EU.

On 29 April 2008 it was announced that she would be joining the then Mayor of London, Boris Johnson’s team as an unpaid non-executive director advising on sports and the 2012 London Olympics.

Hoey has a longstanding interest in sport. She was the 1966 Northern Ireland High Jump Champion and has worked for football clubs including Arsenal, Tottenham Hotspur, Queens Park Rangers, Chelsea and Brentford, as an Educational Advisor. Prior to entering Parliament she was educational adviser to Arsenal Football Club from 1985 to 1989.

She was a founder member of the London Northern Ireland Supporters’ Club.

On 22 July 2005, Hoey was named the new chairman of the Countryside Alliance (a British group known for its pro-hunting stance) – this was a position she held until 2015 when she stepped down after 9 years.

Hoey is patron of Roots & Shoots, a vocational training centre for young people in Lambeth.

Hoey has been a trustee of the Outward Bound charity since October 2002. A Vice-President of the Great Britain Wheelchair Basketball Association, Hoey is a strong supporter of the women’s national team and the work of the charity and she is very passionate about equality rights.

She has a degree in Economics earned in London Guildhall University and was a Vice-President of the National Union of Students.

One of her Parliamentary colleagues Ashleah Skinner was one of the first PPR members to receive the PPR Professional Practising Certificate’s and she is delighted and honoured to accept the role of Patron of the PPR and is committed to raising Paralegals in Parliament including PPR. 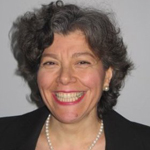 Esperanza Fuentes started her legal career in the commercial law sector. After a career break she spent a year at the CPS then joined Which? Legal where she advised on a range of issues including consumer law and employment law, and appeared on national and local TV and radio. When she was appointed Head Of Legal Operations she led a team of 20 lawyers and introduced paralegals to the team for the first time. Esperanza now works in the area of dispute resolution.

Esperanza is passionate about developing new talent and is keen to see more diversity in the legal profession and more development opportunities for aspiring newcomers. She also believes that the public need new ways of accessing legal information and advice which are relevant to their needs and professionally and expertly delivered. 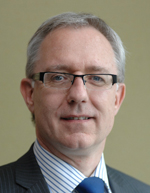 Julian Webb is Professor of Law at the University of Melbourne, Australia, Honorary Professor of Law at the University of Exeter, and an Academic Bencher of the Inner Temple. He has previously held chairs at the Universities of Warwick and Westminster in the UK, and between 2006-11 was Director of the UK Centre for Legal Education, located at Warwick. Julian’s work focusses on legal ethics, professional regulation, and developments in the legal services markets in the UK and Australia, and he is internationally recognised for his expertise in legal education and training, having been involved in a number of major legal education research and reform projects in the UK and abroad. He is lead author of Setting Standards (2013), the report on the research phase of the BSB/IPS/SRA Legal Education and Training Review, which recommended the development of voluntary regulation for paralegals outside of the regulated legal services sector.

Derek Wood studied classics and law at Oxford University and was called to the Bar of England and Wales in 1964. He has been a member of the chambers in London now known as Falcon Chambers since 1965. He has practised in all areas of property litigation since that date and appeared in many leading cases. He was appointed a Queen’s Counsel in 1978 and has sat as a Recorder and Deputy High Court Judge. He is a Fellow of the Chartered Institute of Arbitrators and a Chartered Arbitrator. He is a Bencher of the Middle Temple and was Treasurer in 2006. He has served as chairman or member of various Government advisory committees on property, planning, transport and rating and has been awarded the CBE for services to property law. He was Principal of St Hugh’s College Oxford from 1991 to 2002 and is an Honorary Fellow of St Hugh’s College and University College Oxford. Between 2008 and 2011 he carried out reviews on behalf of the Bar Standards Board on the Bar Vocational Course, pupillage and Continuing Professional Development. He is a member of the Executive Committee of the Advocacy Training Council and currently serves as chairman of the Working Group set up by the Council of the Inns of Court charged with examining proposals for the Future of Training for the Bar. Since October 2011 he has been the Director of Advocacy in the Middle Temple.